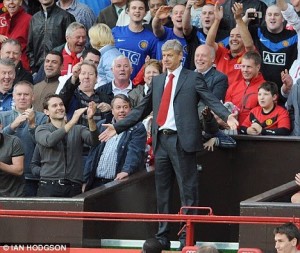 “I think what is the most difficult to take is that we were the better team and
we lost the game. We were in front and had a chance to score the second goal and
got punished on two goals. It is beyond belief. So overall I would like to
keep the positives of this game because I believe that we can deal well with the
disappointment of losing the game today. We have a great future and we can be a
real force. But of course, it’s difficult to sort out tonight and we go home
without any points.”